Country at a glance: Malaysia

Malaysia is a Southeast Asian country bordering Singapore, Vietnam, Indonesia, Brunei, and the Philippines on the South China Sea. It is separated geographically into Peninsular Malaysia and East Malaysia and the population exceeded thirty million people in 2014 estimates. Malaysia’s equatorial climate spans islands, coastlines, tropical rainforests, and mountainous regions. It is active in regional and international affairs as a founding member of the Association of Southeast Asian Nations (ASEAN), among others, and has established numerous free-trade agreements with its neighbours and international partners.

Malaysia is classified by the World Bank as an upper-middle income economy that has developed a very well-regarded track record over the past half-century. In 2012, GDP grew by 5.6% following substantial and near-steady growth over a long period. In the ASEAN region, it is ranked as the third-largest economy behind Indonesia and Thailand. While natural resources play a large role, the manufacturing, tourism, and financial sectors in particular have become robust in recent years.

The vast majority of medical devices, about 95%, are imported. The two-tiered healthcare system includes a publicly-funded insurance scheme, as well as expanding privately-insured care. Medical tourism in Malaysia has grown as the country establishes itself as a top destination for medical services. Government spending in healthcare has increased both to meet the needs of an aging population and in an attempt to address staff shortages and reduced access to care in rural areas. In addition, government support for local technological development has been significant.

Malaysia spent 4% of its GDP on healthcare in 2012 with per capita expenditure at USD $676 according to the World Health Organization. Government expenditure on healthcare was almost 9% of its total spending in 2009. Espicom estimates that the medical device market in Malaysia will grow at a CAGR of 13.5% to USD 2.7 billion by 2018, almost double the size of 2013. Growth has maintained double-digit levels for at least six years. The strongest areas of expansion are forecast for orthopaedic and prosthetic devices.

The Malaysian market is poised for dramatic growth in a region that is increasingly significant for the global medical device industry.

The newly formed regulatory infrastructure means that development is still underway, resulting in a shortage of experienced staff in the interim.

Medical devices in Malaysia are registered through the Medical Device Authority (MDA), a division of the Ministry of Health. Until July 1st 2013, registration was based on a voluntary scheme. However, new regulations were recently implemented and devices must now undergo a conformity assessment before they can be sold in the Malaysia market. An abridged registration process for manufacturers with clearance from particular markets is currently under discussion, but no decision has been announced as of yet.

Malaysia classifies medical devices according to risk in four classes (A, B, C, and D), where A is low-risk and D is high-risk. Devices with different intended uses must submit license applications separately, so applicants must determine the device class and grouping prior to initiating the application process.

The applicant must be either a local manufacturer or authorized representative representing an importer or foreign manufacturer. Malaysian law dictates that once the device class and grouping has been determined, the applicant must gather data regarding the quality management system (QMS). For domestic manufacturers, the QMS audit must be based on ISO 13485, but other parties may base their assessment on Good Distribution Practice for Medical Devices (GDPMD).

Though the GDPMD still requires that an establishment “demonstrate its ability to maintain quality, safety, and performance of medical devices in compliance with the regulatory requirements throughout the supply chain,” sections of ISO 13458 are excluded (such as development and production evaluations) resulting in reduced costs. Malaysian law instead focuses on post-market activities such as distribution and post-marketing surveillance.

Though applications may be submitted in English, labelling for home-use devices must include Bahasa Malaysia language and this language requirement may apply to other devices at the discretion of the MDA. Once issued, medical device licenses in Malaysia are valid for five years and establishment licenses are valid for three years. Official timelines for registration have yet to be published as the MDA undergoes development.

Malaysia is one of ASEAN’s fastest growing regions, offering abundant opportunities for MedTech manufacturers. Though mandatory regulations have only recently been introduced and the infrastructure is not yet wholly in place, the online submission system affords an efficient and relatively low-cost application process. An authorized representative is required for foreign manufacturers. Licenses are valid for five years, though no target timelines have been established as of yet. 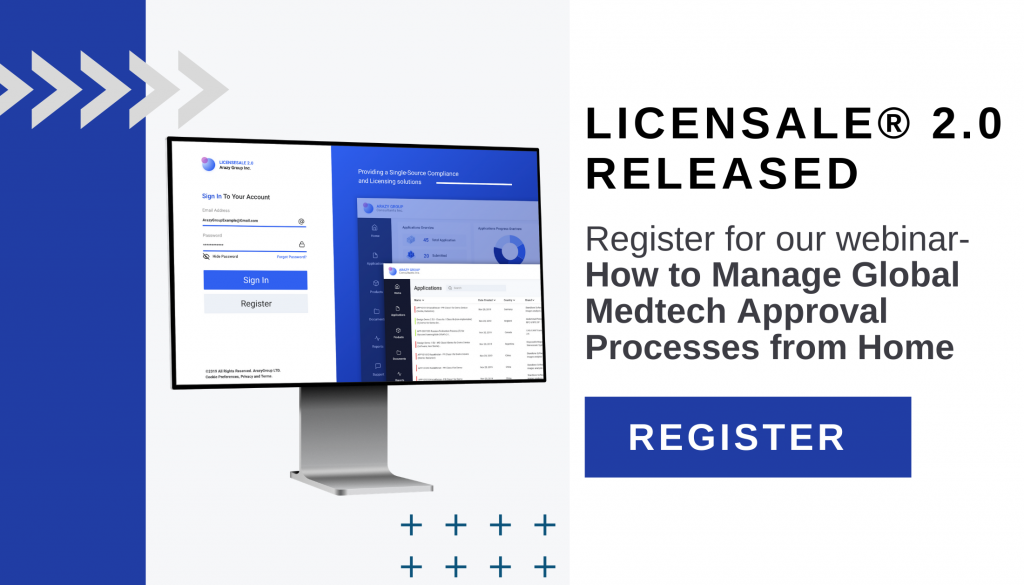